This is probably the most challenging party decor I have done, but also one of my favorite! 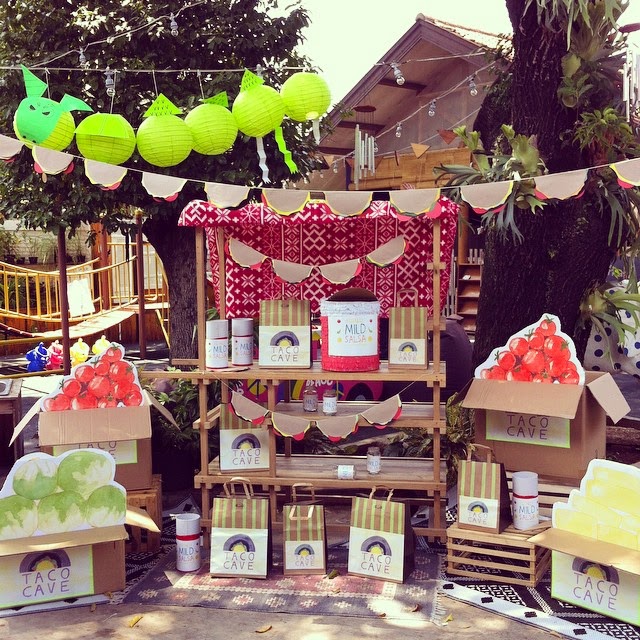 the dessert table
The birthday boy was in love with the book Dragons Love Tacos so he wanted the party to be just like it. After brainstorming and challenged to make use of my watercolor-painting skill, I finally painted dragon’s body for the photo-booth backdrop, fire and smoke for photo-booth props, the ingredients (tomatoes, lettuces and cheese) for the dessert table’s decor, and not to forget taco cave and mild salsa signs too! 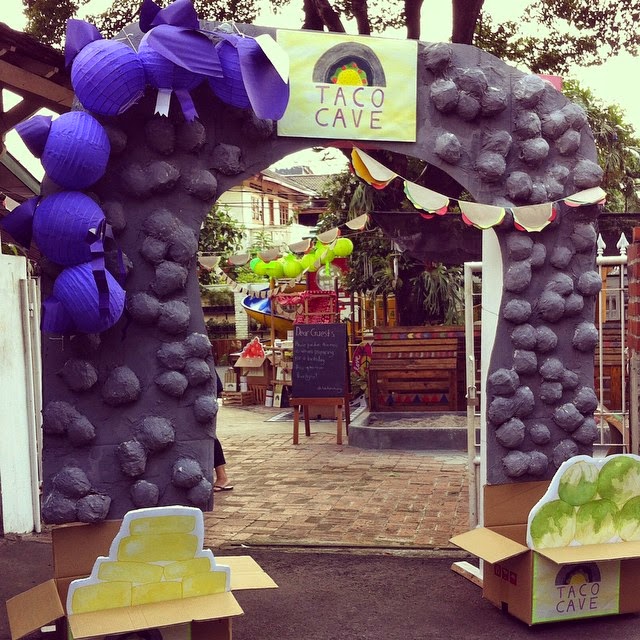 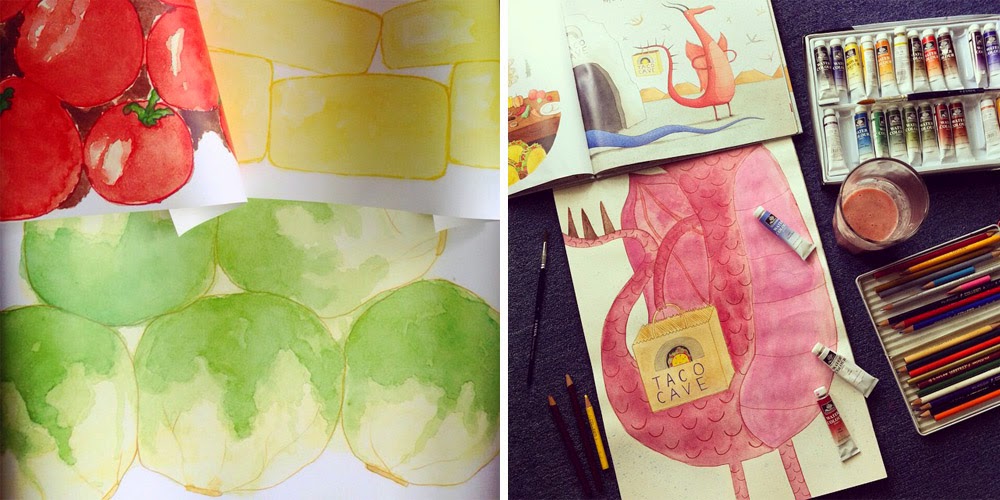 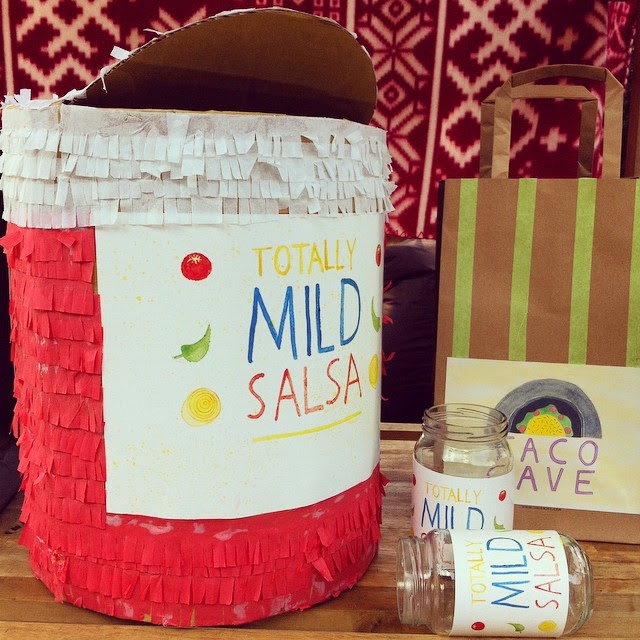 the photobooth
The hardest part was to make that taco cave out of papier-mache stones. I promise next time I will post the full tutorial of papier-mache DIY but this time, a simple tutorial will have to suffice. Here you go! 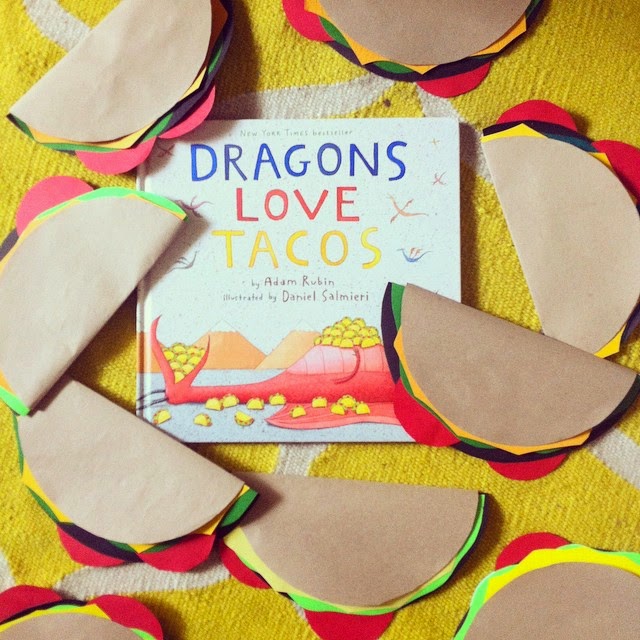 How to make:
1.    Cut the light brown paper into round circles, then fold in half. That will be the taco. The bigger circle you make, the bigger the tacos!
2.    For the taco filling, cut the green, yellow, and dark brown paper into a slightly larger circles, then fold in half and cut into two half circles.
3.    Using the yellow paper, replicate cheese by cutting the edges of the curve part to give them a shaggy edge.
4.    Using the green half circles, replicate lettuce and cut the curve edges into a wave.
5.    Using red paper, make two small circles replicating tomato slices.
6.    Now, put the tacos together! One on top of the other, stack and stick with glue the meat (dark brown paper), with tomatoes (red paper), lettuce (green paper), and cheese (yellow paper).
7.    Insert the fillings and the string in between the folded taco and repeat until they’re all connected with each other. Don’t you feel like eating one?! 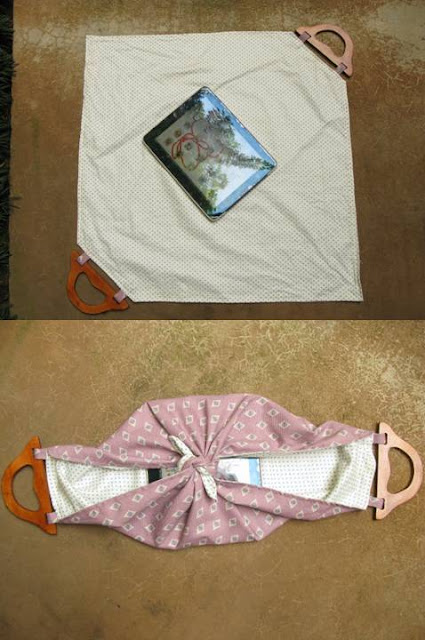 amesh
Jakarta, Indonesia
born in france, but both my parents are indonesians. lived my whole life in indonesia (minus those couple years back in paris). worked as a radio announcer + reporter and a magazine journalist + editor for quite some time. now, am simply a freelance writer + editor, a wife + mother, but always always, a dreamer. this blog is my collection of inspirations that makes (or made) my dreams come true!